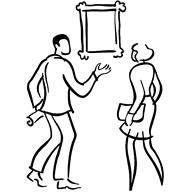 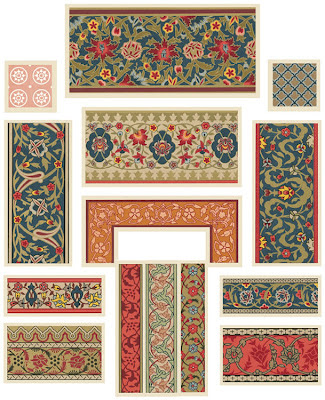 "Reframing" is a term I've become increasingly familiar with, the longer I've been on my bereavement journey. "Reframing" to me, means to turn a "sour grapes situation" of any kind into SOME kind of wine.

I was thinking the other day, that instead of calling it re-"framing"-- a better word is re-"matting." The wooden frame that calls the boundary shots is a given already. What makes our own take on the situation-- our "view"-- is how we "mat" the picture. What is surrounding the image we are looking at, can make all the difference! We CAN take out the old, drab mat and replace it with something alive and vibrant. Colorful, even. But first we have to get tired of looking at the old one...Change is hard. Especially changing to something new and different. And happier.

In the case of our childrens deaths...it is extremely hard to even view the frame. No mother wants their children's boundaries closed in and sealed up during their time on this earth. That particular  frame is a given, though. We can't change what happened. The picture has already been painted... and the frame is now all encasing.

When my children first died, I could see nothing but loss in every picture that I had of them. Loss of my motherhood self respect, too! For example, studying a photo of Michael after the wreck, I saw the hole in the clean sock that he had on. What utter shame I felt! I didn't see the big smile--the clean face-- the plump well-fed cheeks-- the warm flannel shirt he had on (the sleeves so carefully rolled up --"Like a big man"-- someone once told me). I couldn't see any of it--even though I was looking right at those things--because I wasn't ready to see those "other things" yet.

It took me years before that hole in his sock stopped bothering me! Before I "forgave" myself for any and all motherly failings on my part, in general... Before I really accepted the fact that I was merely human. And made mistakes. Some big, some small...
But heck...even angels fell short of the Glory of God and sinned! Even Adam and Eve in the Paradise of God sinned! Our prototypes! I was in very good company!

Over time, and with God's grace and mercy, I realized that I did the best I could at the time, with the knowledge that I had. And I finally accepted the fact that I was human.

Over the years, when we're ready, and to keep our interest in life from sputtering out--I believe we need to try to see the "old" things anew...to "re-mat" the picture bounded by that hard wooden frame of our children's earthly death.
The mat around my children's pictures now looks like this in my mind.... 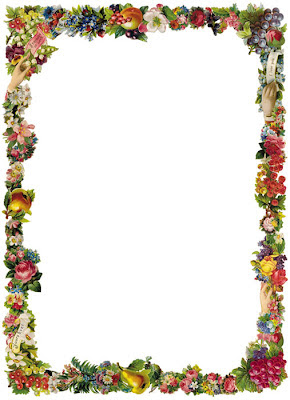