SHELTER FOR ALL CREATION 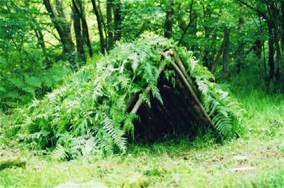 "I found it shelter to speak to you."

I fell in love with this quote from Emily Dickinson, when I found it the other day. To me, it also is indicative of how I feel, when I pour out my heart to Jesus. So many Christians think they have to word everything "just so" when talking with Jesus. I think they forget, that we are considered as "friends" of Jesus.

"I no longer call you servants, because a servant does not know the master's business. Instead, I have called you friends, for everything that I learned from my Father I have made known to you."
(John 15:15 NIV)

When I'm with a close friend, I do not feel the need to "speak" a certain way. It's ok to just talk to Jesus as you would an old friend. Because that is exactly what He is... A friend, who has known us our entire life; something I definitely felt when experiencing my Near Death Experience.  (After the wreck that transitioned my family instantly to Heaven.).

After suffering a devastating loss, emotions are going to run high. There isn't any greater loss than child bereavement.  Many of our friends are uncomfortable with this, and will avoid us. Thankfully though, we have Someone who will never, ever turn away from us when we're in deep suffering, and need to talk. Even if we don't word things "just right"... He understands our intention and motivation. He can take it when we dish it out. He knows all of the deep-rooted reasons why we do what we do, or say things the way we say them...and He never stops loving us in spite of it all.

God is so much bigger than I ever realized. I find my understanding of this, growing each year that I'm still on this planet. His healing and compassion embraces all of His creatures...not just humans.

The other day, I was riding my bike up a steep hill on the road's bike lane,  and noticed a young woman on the sidewalk next to me, walking her German Shepherd dog. She was walking toward me, and I soon noticed something about her dog. He was cowering. Unfortunately, I reached the point on the hill where I needed to now get off my bike and walk it the last bit. I really felt sorry for this dog, because now it was terrified of me.

A terrified, cowering German Shepherd. This breed is so well known for their fearless acts of bravery and heroism...what happened to this poor dog?

I put a big smile on my face and sounded out a quiet, yet friendly "Hi!" to the young woman--mostly in an effort to reduce the fearfulness of her dog. I've noticed in the past, that dogs visibly relax when I do this.

...When Jesus saw her, he called her forward and said to her, "Woman you are set free from your infirmity."
(Luke 13:12 NIV)

God is extravagantly compassionate, merciful and generous. Therefore I have every reason to believe, that these qualities are not limited to humans, and this greatly suffering German Shepherd, will be freed one day from all his fearfulness...

I can't help but say it again..."What a wonderful God we have!"