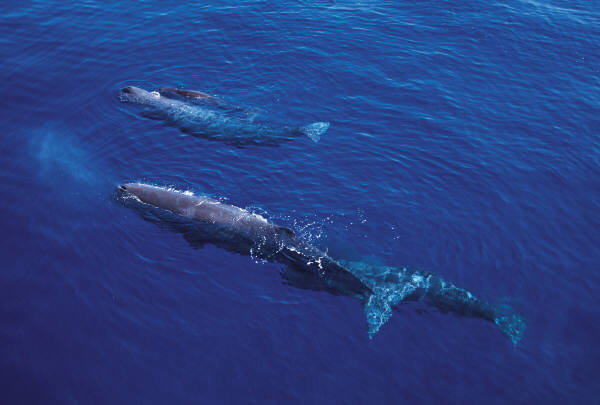 We're not alone as a species... when it comes to "disaster" striking. I watched a short film the other day all about whales. The mother and baby whale make a long migration that is fraught with peril along the way. Film was shown of one baby whale becoming all tangled up in fishing nets--nearly dying--the mother nearby for hours... and helpless to free her child. It ended well though...men were able to carefully cut free the baby whale and he swam away with his likely relieved, mother.

This led me to think about something I'd never thought about before. The fact that what we view as "unfair treatment"...can be also be experienced by other species! Why did this one baby whale get caught up in the nets and not the hundreds before him? Why did his mother have to suffer through the horror of witnessing his near death?

The film showed another baby whale that wasn't so lucky. "Fortune" hadn't intervened for the one that was trapped... and not able to have been cut loose. Why did that baby have to die? So many migrate...some make it...some don't. Where's the "fairness" in all that?

We're not alone when we feel cheated. Other species are having the same experiences. Maybe they don't "feel" it as we human Moms do...but the narrator describing the actions of the mother whale during her baby's distress- sure did make it seem as if Mama Whale too, was very much stressed.

What is it about Maternal Instinct... that makes a mother whale stay by her struggling baby's side? Why didn't she just swim away and not care?

Mothers are hard-wired by God to especially care about their babies' well being. No wonder we suffer so much when they predecease us...even biology has a hand in our untoward suffering...

I saw a documentary years ago that was all about meerkats. One of the meerkats was separated from his family and was about to become prey unless he could become part of a pack again. An unusual occurrence happened when another meerkat family sort of "adopted" him--something not typically done the show explained--thereby saving his life. That TV program got me to expand my view of God's Sovereign Power. And how He cares not only for US--saving and comforting--but for ALL His creation...What an awesome God we have! And power-"full" too!

I find comfort in the fact that God's "specialty" is in Rescuing...so vastly different than the world's view of stepping on one another to get ahead...they get ahead perhaps...but they never get a heart. 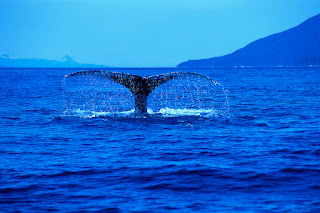