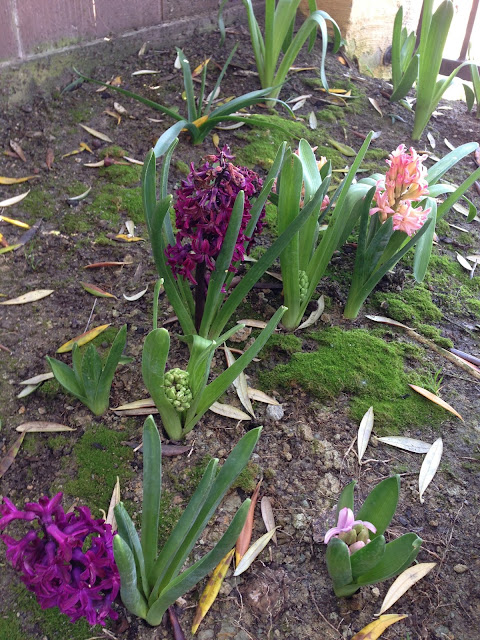 What does it really mean... to grieve as those who have no hope?


"Brothers and sisters, we do not want you to be uninformed about those who sleep in death, so that you do not grieve like the rest of mankind, who have no hope." (1 Thess. 4:13)

To me, this means--bottom line--that I don't have to be consumed by grief...because my deceased children... are still alive. As I write, I think of that old saying,

I sometimes have a hard time, when I occasionally take a punch in the gut, after people seem to imply that because I can feel joy again, I do not miss my children any longer. As if there was some kind of proportional ratio, in terms of feeling "love" and feeling "loss".

If I knew my child had to be away...yet was wildly happy (maybe on a prolonged 'round the world cruise? or madly in love with an uber-wealthy sheik who hated travel? or perhaps my child is spreading her wings abroad--and not coming back until having traversed all continents?) ... as a Mom, in these instances, I could still survive this separation, right?

Hopefully, my child and I could still have verbal contact--but even without that--I could still feel pretty balanced. Just knowing that they were happy and enjoying themselves (and of course, "Alive!") would be enough for me, and those positives would overwhelmingly counter the negatives.

Having a child away all summer at a summer camp that she loves. What mother feels incapable of continuing on with life... because of that? How does a true Believer stay in agony--for years still--if she truly believes that she will be reunited in time with her child...someone who is currently enjoying Ecstasy beyond understanding?

Would I miss my child during this prolonged absence? Yes! Would I continue to love my child as much as before her absence? Yes! Yet the "missing" would not be the same kind of missing that it would be, if she were absent from me and I perceived her as utterly miserable. (I'm thinking, for example, of abducted children or married children in domestic abuse situations.)

I certainly do continue to love and miss my Lisa and Michael. But I am not overwrought with unrelenting sadness any longer. Over time, I've realized the gains they have from having left this planet and gone to Paradise, far outweigh the negative of our temporary (although yes, initially excruciatingly painful) physical separation.

And over time, I stopped feeling so badly they had to leave here/me. Because (through God's help) I truly believe it is SO MUCH BETTER where they are now. The longer I live, the more myself and others experience loads of pain and problems, that we have to suffer through with God's help.  It is painfully clear to me... that this is not Paradise here!

Eventually I'll get to join Michael and Lisa, when it is my time to leave this body of pain and place of turmoil and trouble...this place that is not our Homeland.

"Homeland Security"...there really is no such thing on earth apart from Jesus. That is a key component of our eternal  residence though..."Homeland Security" in our actual Homeland--which is definitely not earth--but is Heaven aka Paradise.

Jesus' apostles wouldn't have gotten very far in spreading Christianity, if they were consumed by missing the now departed Jesus. After His Resurrection, He did eventually, again, physically leave them.

There was a difference in their grieving his physical absence, this second time around though...they now had Hope! They knew with certainty that He was STILL ALIVE.

Not everybody was lily white, that had new hope in Jesus. Brazen Disciple Peter... denied Jesus not once...but three times; and this, not terribly long after he'd just said he'd die for Him! But that huge, human mistake, didn't stop Peter from looking forward to being forever reunited with Jesus. Because he intimately knew the power of Jesus' forgiveness, and he did not let his past shortcomings prevent his anticipatory joy.

Because our children, like Jesus, are still alive! we can have hope. Because even if we think we can't do something...God thinks we can! He can strengthen our faith in Him, if we but just ask Him!

I don't expect those that are new on the grief journey, to embrace this concept AT ALL. In fact, when I was newly bereaved, I couldn't care less what anyone else further along the journey had to say, about their experience of child loss and their ideas of the Afterlife. What did they know, I thought. They're not me. Just go away and leave me alone in my misery.

I think my blog posts are probably more for those who have been able to come up for air. Those who aren't being pummeled back down--again and again--and barely able to survive, much less think of anything positive about their child going to Heaven. I think otherwise, I'm probably singing peppy songs to those who are still in the mournful dirge mood. Probably annoying.

After more than 30 years on this journey, I "do not grieve as those who have no hope", but I do still miss them--and of course--still love them. It's just that the pain of their loss is now replaced overwhelmingly, with ever-increasing awareness, of their newfound joy, excitement and their very much "ALIVENESS"! Thanks be to God, Who strengthens us daily to bear our burdens, as only He can do.

Grief transformed, is like the hard hyacinth bulbs that I  planted months ago--so far below the ground--I never thought they'd ever pop up. But they did! And now they rise ever higher and higher, gentle and fragile... yet strong at the same time.The gentle caress of sun and moisture--life giving-elements--causing them to bloom into such fragrant beauties, that they delight my whole being. This is what God's tender care of us, and our steadfast faith in what is unseen can do for us...it can give us "Life-Saving" HOPE!