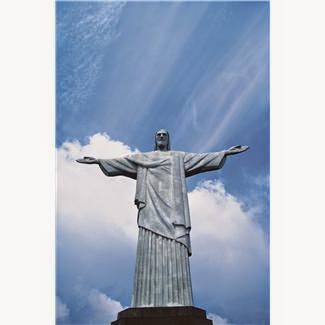 I get very turned off, when I hear God being referred to, as some egotistical Super Being, yielding THE LAW as a heavy book to whack the heads of us errant sinners.

In the parable of The Prodigal Son, the father RUNS toward the errant child, just as soon as the child turns the corner. The father showers the returning son with lavish gifts of love and generosity. There's not one word of essentially, "You did X…now Y has to be satisfied as retribution." All that mattered, was that the Father had the son back in His loving and forgiving arms again.

Fire and brimstone and damnation lectures rarely heal the trembling. Only love can cross the divide between good and evil actions to effect healing.

I will never believe that Jesus died on the cross to "even the score"…I do believe though, that He did "pay the penalty for our sins". Not because He was forced to-out of some legality--but because out of Love, He agreed to.

Because He never sinned-he never should have suffered. But He is our example of how the "just" suffer from the sinful actions of others.

I watched a documentary on TV once, where a gang member spoke of whom he felt "understood" him the most.

"I want to talk to people who've bled like I've bled" he said. Obviously, someone who could relate to his suffering, having suffered in the same way he had.

Support groups are helpful because people with the same suffering, come together to share their common struggles. There's a special kind of healing camaraderie that occurs, when one is among one's own "kind"…knowing the other person "gets" what their suffering is all about…

And that is why I think Jesus was crucified. Not to satisfy any monarchial demands of the Father…but purely flowing from the Love of the Father, wanting us beloved mortals to have someone to identify with in our earthly suffering….Someone who has "bled, like we have bled."

Many people, like myself, have had to overcome the misguiding of religious and pious doctrines that emphasize that kind of punitive "love" of God...that it is our sins that will be judged and that we will be punished accordingly. The grace of God is lost on them. I have had to come to terms with God's real love toward us since my son died by suicide. Those things I claimed I knew were actually proved through my darkest days. I am so thankful that God loves us no matter what and that His grace is sufficient for me and thee.

Thank you, Dale. Suffering surely lets us realize who it is that kicks us when we're down…and Who offers His hand to lift us up. Too many times, the collective church towers over the downfallen, spewing diatribes -when they really should be on their knees, lifting the fallen up…I too, am truly thankful for God's love. He truly is All-Sufficient for our needs! Love, Donna