The LIfe and Death of Michael Mouse 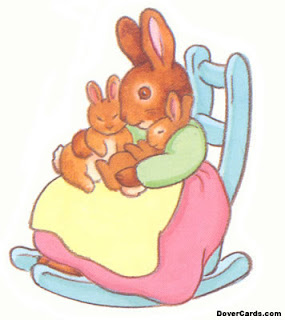 Michael would have been 30 years old today...he died at age 27 months old. A little over two years of walking on this planet. Swept up to Heaven by his guardian angels before he even knew what guardian angels were. Or knew that he needed them in this life...

Michael entered this world on a chilly day. But his smile warmed my heart from day one. He was smiling at me from inside the little glass cubicle where they'd placed him after delivery was over. The nurse nearby commented on his smiling at me. Later I'd read that smiles could be caused by newborns being "gassy." But I never believed that about Michael's first smiles for me.

The last moments of Michael's life ended as they began. He was smiling at me, moments before the truck struck our vehicle and instantly caused his death, and the deaths of his baby sister and father. We were playing a little game almost. He was very sleepy from having just had lunch; we'd stopped at Taco John's drive-up enroute. We had a brand new Chevy S-10 extended cab pick-up and Michael and I were in the jumpseats facing each other.

I watched as Michael's eyes slowly closed...and then opened...at which time he'd smile and then I'd smile...then unable to keep his eyes open any longer, so tired, he closed them again. We repeated this several times. THEN-- I saw the truck practically on top of us, from the window behind Michael's seat. I never saw Michael again. 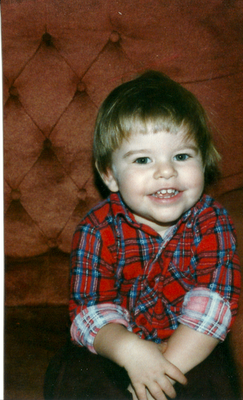 He left me with the same gift he gave to me when I first saw him...the gift of his smile.

Later I would recall how he had been announcing "Going Home...to be with Jesus!" (see Michael's Announcement tab on blog Home page). I finally understood what that was all about. He'd told me in advance where he was going. Knowing that a loving Mom would wonder where he'd gone. And giving me the only answer that could ever soothe and then heal my broken heart...that he was "with Jesus."

I love you always, Michael "Mouse"--and I cannot wait until we are reunited, in God's perfect timing. Until then I wait... "patiently endure"... and Trust.
Posted by DONNA--(Admin)

Oh Donna, Michael is such a beautiful little boy and I wish he had been here for 30 years, 60 years and 100 years. But as you said his mommy would want to know where he'd gone so he told you, "Going home to be with Jesus". And that is a comfort. I wrote a journal on DS today. As you have often told me our children are with God. Not in pain, no tears and beyond well! Recently I have had a "shift" and I know and understand what you mean and now I am better able to wait to be reunited with Ed. Wait patiently - Im trying, Lord, Im trying, lol! Happy birthday in Heaven, Michael! Your mom is doing well! Love you, Donna, Linda

Thank you, Linda. The "shift" I believe, is a permanent change in focus. A change from thinking only about what our children and we have lost (a natural way of thinking during our early days of loss) to thinking more and more about what they have GAINED. And how we will be reunited again. And if we then, wholeheartedly and completely believe that our children are with Jesus...we can find the God-given strength to endure, to be patient and await our reunion with mounting anticipation!
Hard work on resolving (to our own satisfaction) all the troublesome issues we bereaved Moms face, is paramount imho to obtaining this shift. Good job, Linda!

Its so true, Donna. I have always believed that Ed is with Jesus but now I am beginning to realize that he is truly "better off" where he is. Not that he wanted to leave so soon or if I had my "druthers" would he have left so soon but he is in HEAVEN with GOD, JESUS and in the FULLNESS of the HOLY SPIRIT!! Wow, Edward is blessed, blessed & truly blessed! I remember you telling me those truths but it took a while to heal to this point to "get" it. Have a peace-filled day! Love & hugs, Linda

It does take awhile to realize the fact that our deceased children are actually "the lucky ones." After the wreck, I referred to myself as having "been spared." Later on in my journey--that completely flip-flopped!

As Christians, we can hold fast to the truth that our
children are still alive...and joyous, and Reunion awaits...so much to look forward to!

Happy "Late" Birthday dear sweet Michael...by the way, you have my Brandon's first name...a lovely name indeed..."angel of God"...I know your forever birthdays are better than any earth birthday you could have imagined.

Donna, please forgive me for being late on this one. I know it must be hard sometimes to think of all the "life" Michael missed...but really...I believe like you that it was our children who were spared a long life of trials and sufferings. We are the ones who must endure. Michael, Lisa, Brandon, and Ed...so many more...have work to do in Heaven with our Lord Jesus.....we will see them again...and that is a promise from our Lord!!! That's enough to shout it from the mountain top...Praise the Lord!!

Yes, because of the assurances of Jesus...there truly is HOPE and we CAN have joyful anticipation of reunion with our children! That is really something to shout from the highest mountaintop!!! "...weeping may remain for a night, but rejoicing comes in the morning." Psalm 30:5 (NIV)

I just thought of what Jesus said, the first time He met two of His followers after He rose from the dead...(Matthew 28:9 New King James version)--"Rejoice!"

REJOICE! And I do believe we're supposed to follow His example!