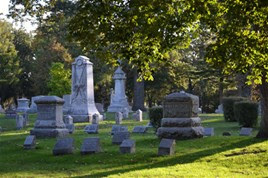 
Ok, Lord, I get it! Still would be nice though, to sit at their gravesite and chat awhile, now that I'm getting older and just too tired to run…But the good news is-the endurance producing news- is our Reunion gets that much closer every day! We have much to look forward to…just keep hanging in there, Moms!
Posted by DONNA--(Admin)